"If he had informed me (about all this), I would have objected to his candidacy ... instead, he chose to keep the truth to himself.

"He was not honest and has put Umno and the BN in a bad light."

"We have been accused of misleading the national leadership into consenting to Rohaizat's candidacy but this is a lie."

Rohaizat lost to Pas' Mohd Salleh Man with a 4,551-vote majority in the by-election. He obtained 5,067 votes compared to Mohd Salleh's 9.618 votes. Throughout the campaign period, Pas relentlessly attacked Rohaizat for being disbarred by the Bar Council and also on his personal life. Jalil said the division comprised 37 committee members, including him

"However, I only submitted 36 names to the Umno national leadership for consideration.

"I excluded myself as I had made it known right from the start that I was not interested in contesting the by-election."

Jalil added that at no time was he aware of the issues surrounding Rohaizat.

"He never said anything to any of us and we thought he was clean. Also, we did not hear anything bad about him before this.

"Do you think I would jump into a well if I knew it was there in the first place?"

Composed by bluehope at 1:42 PM

It is undeniable that malays are stupid, incapable and lazy. Why don't they just humbly admit the facts and repent and learn from

What is the point to argue here and wasting time again?

From the first onwards we were merely telling the truths. It wasn't us who think that way but their own Badawi as well.

All malays should go and read the newspaper, even Badawi is ashamed of maintaining the NEP after 34 years of implementing it

and these malay baboons are still asking for it.

Even Badawi wanted them to compete on a level playing field.

So what does all these tell the world? It sends a very clear message that it is malays themselves who are incapable and lazy and

they don't even want to admit it and make a change!

That is the biggest shame of all.

Can't you see, it is all back to square one. Year in, year out, some talk for half an hour, some one, some two. Some sing, many

belt out their most recent released 'pantun'.

After all. Malays are good at that. Suggestions after suggestions, some good, some impossible to realize.

But, do you see any of these materialised? Hardly. Why, why and why???

Because the malays can never change. Never! Why?

itself is also, the malays. They can never change. What is it about the malays?

Firstly as you all know, they are a lazy species. Since the beginning of time they have been like that. Even the encyclopedia

called them as lazy people. I think those British with their accent tried to call them 'malas', and if you put 'y' in, it becomes

Embracing Islam make them a worse lot. Now they have a license to kill anything that gets into their way.

Malays are ungrateful lot. In reality, they just can't live or open their minds for others. When Mahathir said that they are

complacent, they put him in jail. When Mahathir encouraged them to learn English language, they got angry with him, saying it is

When other races 'maju', they got angry with them too. That was why at the end of Mahathir his regime, he said this, "I have

achieved greatness as a prime minister, but I only fail in one thing, changing the malays."

Well, nothing to be surprised about anyway since Mahathir is not really a malay, and I guess that was why the malays were

To them, malay is the biggest impediment towards building a truly Malaysian nation, and should be chucked into the dustbins of

A genetically flawed race cannot be fixed by politically. Nature will take its course and globalization will put them out to pasture.

What have we got now?

uncompetitive on the government departments and others.

Sad. Sad. Sad. The question asked by many of my fellow Chinese is this - Why can't you just tell the malay peoples to adopt

Chinese culture which is superior?

From research, this peninsular was part of the Siamese empire way before these malays from Indonesia invaded it.

Still so thick skin, don't want to go back to Indonesia!

Good man,
You made me laugh with your comment. There's no point for you to tell me all this. Why???

1. I am not a politician, not even Badawi. Go and tell them your hatred.

2. I am not a Malay. Go and visit the other blogs and pour out your anger there. Why? Becoz my blog is just a simple chit-chat blog.

bluehope
...the most striking mystery... 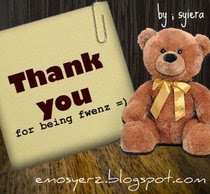 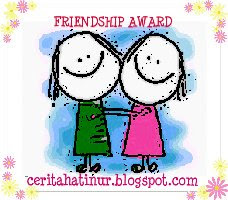 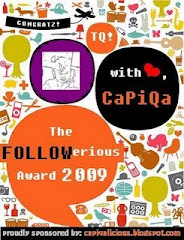 My Most Welcome Visitors